Success: the accomplishment of an aim or purpose.

We live in a world where fast and now is best. What ever happened to the tortoise beating the hare? Society has us thinking, if you aren’t where you want to be in terms of goals, then you’re not successful. Lena Dunham wrote a hit show by 26, Taylor Swift is a successful singer/songwriter/business woman, she’s 26, and she is one of the highest paid pop stars. Infuriating – isn’t it?

I am a recent(ish) journalism graduate. I graduated university almost two years ago now, and am I where I wanted to be? Hell no. I moved to London from a small town for bigger, better and shinier opportunities. I expected a tidal wave of interest, I would be drowning in job offers. Instead I was hit with a tirade of un responded job applications, failed interviews and a woman shaped puddle of my former confident self.

The crushing pressure of being successful and young is just too damn stressful. We live in a competitive culture, where we constantly compare ourselves to other people. I found myself being insanely jealous of people who have already gotten their ‘career goals’. A friend of mine landed her dream job just months after graduating, and she is loving it. But why her, and not me? Is it right to loathe someone who is doing better than you? If someone earns £100,000 per year and you earn £15,000 is it a right to be envious? The mind set of “they are better than me” rings too many bells.

Instead of being this super, successful fashion journalist I set out to be, I worked in a large and well-known shop in London. People who were three or four years younger were the boss of me, earned more than me and had power over me. Even though this wasn’t the job I wanted to do for my entire life, merely a stop in the road towards my final career goal; I resented them, they had overtaken me in the ladder to success. How dare someone be younger and more successful than me?

In this fast moving world, it’s vicious that we define our success on how fast we climb the career ladder. When people get where they want to be at this speed, I often think “they have always had everything handed on a plate for them” but is this right? Maybe they just worked their little arses off, and were just plain out luckier than you.

Not being immediately successful didn’t just effect my confidence; it effected my health. I felt little, to no accomplishments in my life. Stuck in a black hole of self pity, I spiralled into a once self-assured person to a mass of uncertainty.

But are we aiming for something we think we should do, not what we would like to do?  We all feel pressure to become something that people think we should become. Society builds this load on us – social media, magazines, newspapers and loved ones; you name it. But what if that’s not what we are supposed to do? Just do you.

Instead of buckling under the pressure of so-called-success, think of the other things that have been successful in your life. It may not be a career aspect, it could be family life or even tackling getting up at a reasonable time of the day. Everyday we have little successes, so why not celebrate that? “I actually changed my bed sheets today, hurray!”

We no longer live in a world where only the top dog matters, you can be successful in any field you work in, even if you’re bottom of the pile. In our working life time we have five to seven career changes on average, which means you have many, many years to obtain the career success you want.

Why has the world made us so terrified to not achieve our end career goal at a young age? We are twenty-something, struggling but growing. We don’t really know who we are, let alone where we should be in life. Career “goals” after twenty is not a dead end, we have so much left to learn and years to becomes successful. You might not be the editor of some fancy newspaper, or you might not be the boss of a big company at 25, so what? We should celebrate young successful people, and congratulate they made it. Because that was their time, and your time for success will be coming your way soon enough. Never give up hope.

So that’s why I am glad I am not successful in my early twenties. I am a feather in the wind, and I am bloody well owning it. My time will come, just you wait, I have 45 more years to do it. 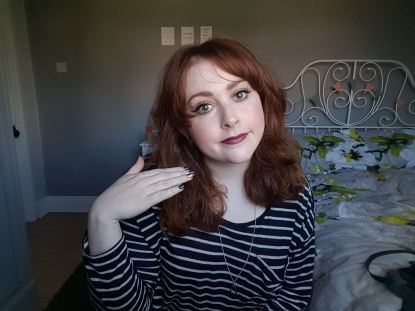